Instant discount in cart on all 2-fl-oz Jars and all tubes.  SHOP NOW.

Little did we know that a trip to a farm in Mexico would lead us to embark on another journey, one to discover a practical solution to the modern skin care dilemma, a solution consistent with the true principles of nutrition and health. This journey led to the discovery of what people used for skin care before the introduction of man-made chemicals as well as the science behind the traditional wisdom.

Due to the lack of any product on the market that fit the ideal for healthy and effective skin care, we were prompted to create a formula that we could use and share with others, a simple recipe for traditional nourishing and healing skin care. 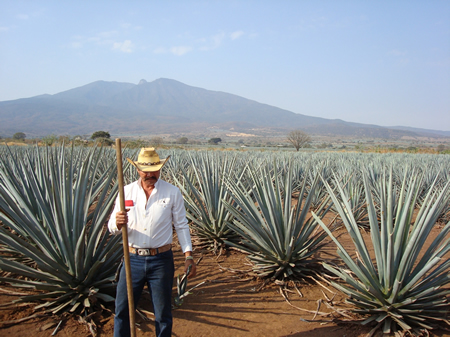 How it all started

Our quest began after a tour of a farm in Tequila, Mexico, in the state of Jalisco, near Guadalajara. Tequila is, of course, where the famous liquor of the same name is produced from the blue agave plant. Even though the workers in this desert where the plants are cultivated did not use gloves, their hands were soft and not dry or calloused. We were informed that they had always used a balm which was a mixture of beef tallow and gel from the blue agave plant. This amazing "new" information was the impetus for our research into traditional skin care and what people used on their skin before the advent of unnatural substances such as petroleum products and chemically fractionated plant products.

In our research, we found that people used naturally pressed plant oils like olive oil, which modern sensibilities would expect and accept. However, we also found that people used another class of oils even more: animal fats. This was astounding information to us, especially in light of the modern taboo on the use of animal products in today's skin care, but it squared with what we had learned in Mexico.

At the time, there were virtually no skin care products available that were made with animal fats. Interestingly, they disappeared at the same time that animal fats in our diets did. Among the animal fats used for skin care, it appeared from our research that the one used most overwhelmingly was indeed tallow. Tallow is the rendered fat of cows, sheep, and other ruminant animals such as deer. It is very solid and waxy at room temperature and can be kept for extended periods without the need for refrigeration. Rendering is the process of gently heating the interior fat tissue, called "suet", causing the pure oils to melt away from the rest of the tissue. Tallow was usually mixed with various other substances directly from nature to form a spreadable skin balm. Further research showed that modern science supports this traditional use of tallow as a principal ingredient of skin care recipes.